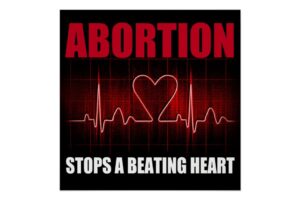 If you asked me how things were going back when I served on the De Pere City Council (2012-2020), you probably heard me say that one aspect I enjoyed the most was that we were a non-partisan political body. Each of the four times I filed my candidacy paperwork, I never declared a political party, it’s officially a non-partisan position. I always felt that when we considered such local items as garbage pickup or snow plowing, your party affiliation doesn’t matter.

By the time I left the council, this concept changed. Significantly. It’s a sign of the times. The political party and more specifically the religious, spiritual, and moral values of all elected officials matter. I’ll offer one example from the De Pere City Council during my last year.

At the October 15, 2019 meeting of the De Pere City Council, we reviewed language in the city’s self-insured health plan and considered whether we should continue paying for abortions for city employees. There were three conditions under which the city’s plan would pay for an abortion:

Due to the ambiguity of the above items (i.e. unable to define “significant”), the HR director advised us that the plan basically covers all abortions, and she therefore recommended removing #3 above to bring it in line with industry standards. I made a motion to remove both #2 and #3. My reasoning was simple, that while #1 offers great consideration for the life of the mother, both #2 and #3 put a zero value on the life of the child. The circumstances of a pregnancy do not determine the value of the child’s life.

In debating this issue. Alderman Jonathan Hansen asked, “Why make a mother carry a fetus to term if it’s just going to die in her arms immediately afterwards?” I can’t believe that’s even a question. The answer is simple. The life of that baby has value. We are all created in the image and likeness of God, no matter the circumstances of the pregnancy. But alas, my motion failed.

A later motion was made to only remove #3 above. Again, the simple question posed by Alderman Hansen comes into play. What is the value of that infant life? That’s the question posed to each of the eight of us. If we feel that a fetus with an abnormality has value and should not be aborted (which means our taxpayers don’t have to pay for it), then we’d would vote aye to remove that exception. And if such a fetus does not have value, we’d vote nay. Here’s how we voted on that motion:

These distinctions are important. And let’s be clear, we’re not changing abortion laws in the city of De Pere, Wisconsin as Alderman Hansen implied; no one is telling a mother that she has to carry a fetus. In the United States, it’s legal for a mother to kill her unborn child. We were only deciding if city taxpayers should pay for it. And there are current elected officials in the city of De Pere who feel that city taxpayers should pay for abortions for city employees if a fetus is diagnosed with a significant abnormality (though “significant” is not defined).

So, do the religious, spiritual, and moral values of our elected officials matter? Absolutely. And partisan politics play a significant role in steering a community toward those values.

1) You can watch the video of the city council meeting yourself, where you’ll hear my motion, my explanation, the question I quoted above, and most importantly, our votes. You can also read the minutes of the meeting.

2) When I was on the city council, I maintained a blog and a Facebook page where I shared my thoughts on many issues that came before us. I explained my votes, why I voted yes, why I voted no. I even mentioned the times where I was still undecided about how to vote on a certain issue. I often received feedback from neighbors, many who agreed and many who disagreed. But I didn’t write those articles to get elected; I didn’t fire up those sites only during campaign season. It was a constant communication so that, agree or disagree, you’d know who I am. That said, this article is my view of that serious discussion and vote back in October 2019. Feel free to watch the video and form your own opinion. And of course my seven colleagues can explain for themselves why they voted the way they voted.

* UPDATE, Feb 8, 2021 – In the first version of this article, I had incorrectly indicated that Ald. Hansen voted against the motion described above. Ald. Hansen sent me an email about it last night. The information above is now accurate. When gathering data for this article, I had listened to the video recording of the meeting, and I misunderstood the Mayor when he said “Nelson”. If you watch the video of the meeting, this vote happened at about 43 minutes in, and it’s clearly Ald. Nelson voting nay, not Hansen. Ald. Hansen provided the following screenshot from the minutes of the meeting, which is an accurate resource: